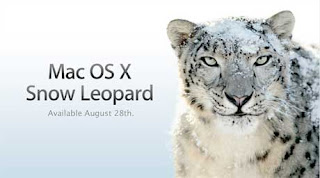 So with the release of OSX Snow Leopard on Friday Apple has included several new and almost lackluster features such as full 64bit applications, better multi-core support and the OpenCL library which will give CUDA like GPU access to applications. One of the most interesting new features which was slipped in secretly was transparent malware scanning.

This new OSX service scans all new files, emails and links that are processed for malcode using binary pattern matching signatures. This is interesting and great new feature for security but why is it a secret? Apparently Apple doesn't want to tarnish the reputation of running a Mac is a worry free utopia with no exploits, worms or trojans. While we do know that's not entirely true it's great they are integrating new security features to maintain that status.

Just odd that they didn't tell anyone.
Posted by Greg Martin at 9:49 AM No comments: